You are here: Home > News > A “RAW” Deal for H&M in Trade Mark Infringement Decision?

A “RAW” Deal for H&M in Trade Mark Infringement Decision?

The Hague Court of Appeal has found H&M liable for infringement of G-Star Raw’s trade marks in the word RAW. 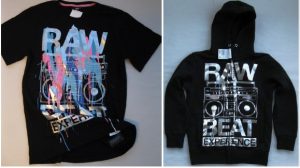 G-Star own several trade mark registrations for the word RAW alone and in conjunction with other words, such as LEGENDARY RAW and RAW FOOTWEAR. G-Star’s EU registration for the RAW trade mark dates back to 2005 and covers a range of goods and services, including clothing in Class 25.

In its claim against H&M, G-Star argued that H&M’s use of the word “RAW” on its clothing was likely to cause confusion amongst the relevant consumers. G-Star produced survey evidence whereby 30{e27634494e39db391c4a3c1babcce9c96667e0da0c02f00a98e80c871bbff07c} of participants called G-Star to mind upon seeing the word “RAW”. They claimed that, as a result of H&M’s use of “RAW”, consumers would mistakenly believe that G-Star endorsed or was in some way linked to H&M’s designs.

H&M disputed G-Star’s claims, arguing that their t-shirts and jumpers were only sold in H&M stores and therefore confusion as to the commercial origin of the clothing was not likely. H&M also counterclaimed for invalidity of G-Star’s RAW trade mark, on the basis that RAW is a descriptive term that may be used to designate a particular music style or street culture.

The invalidity claim was rejected. The Court noted that the mere fact that the word RAW has a meaning does not preclude it from functioning as a trade mark which indicates the origin of G-Star products and services. Moreover, G-Star has used the RAW mark intensively over a number of years such that it has acquired distinctiveness, particularly in relation to clothing. Finally, the Court stated that the fact that the mark is usually used in combination with the G-STAR or GS trade marks does not negate the protection that RAW is entitled to independently.

The Hague Court of Appeal also sided with G-Star in finding that there was a likelihood of confusion between RAW and RAW BEAT EXPERIENCE. This was particularly due to the Court’s finding that the word RAW featured prominently on H&M’s clothing and was separated from the other words by the boom box image. Also of importance was the fact that H&M regularly retails clothing originating from other brands and designers, such as Karl Lagerfeld and Viktor&Rolf. It was therefore considered entirely possible that consumers might think that G-Star had collaborated in some way with H&M.

H&M may decide to contest the decision and ask to appeal to the Supreme Court of the Netherlands.

If you require further information on anything covered in this briefing, please contact Martha Murray (mmurray@withersrogers.com; +44 1179 253 030) or your usual contact at the firm.